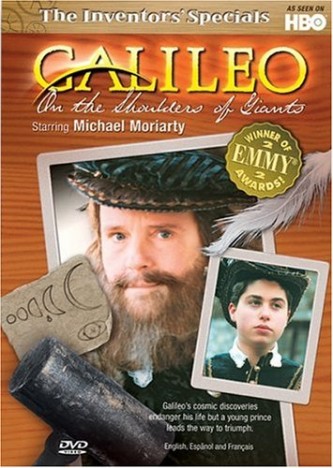 Galileo : On The Shoulders Of Giants

This installment of The Inventors’ Specials, a series that invites youngsters to think about great inventors (including Edison and Einstein), focuses on the man who brought the wonder of science into the Dark Ages. Michael Moriarty gives vigor to his role as the scientist who is forced to take on a young apprentice. First bored with his new surroundings, the youngster develops a keen interest in Galileo’s inventions, including his latest, the telescope. The hour-long video, which played on HBO and won two daytime Emmys, doesn’t pull any punches by explaining what happened to heretics who, like Galileo, preached the Earth wasn’t the center of the universe. However, the filmmakers do not trust their young audience. Galileo’s rival is an obese fool whose antics belong in Home Alone. It nearly ruins a good thing. Ages 7 and up. –Doug Thomas