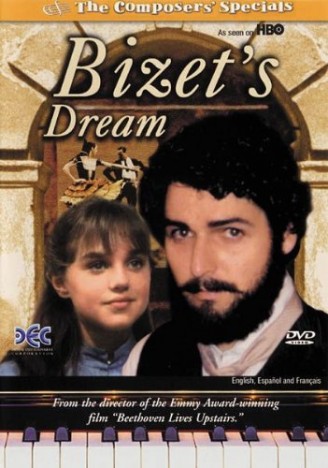 Twelve-year-old Michelle Marin doesn’t like her piano teacher. Monsieur Bizet is irritable, forgetful, aloof – distracted by a failing marriage and the rigors of composing his new opera. But as the composer begins to tell Michelle the story of the gypsy Carmen, her imagination is captured. For, just as in Bizet’s opera, her soldier father is stationed in Seville…and she fears he will never return. Set in Paris in 1875, Bizet’s Dream is the story of an unusual friendship between 2 people who share the ability to feel life deeply and a beautifully filmed testament to the power of music to set those feelings free.