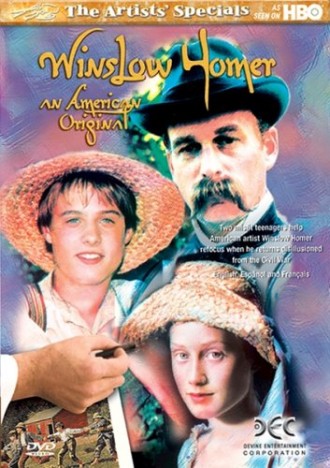 American artist Winslow Homer’s illustrations for Harpers’ Weekly magazine earned high praise for their honest portrayal of the Civil War. Discouraged by the horrors he witnessed, Homer abandons his post and heads to the quiet of Houghton Farm to paint. His peace is soon disturbed by two curious teenagers who are intrigued by the cantankerous artist. Unable to shake them off, he asks them to be models. As they pose, Gabe and Fee become fast friends telling white lies as they each hide how painfully the war has shattered their own families. As Homer shares his personal experiences, he urges them to say goodbye to their ghosts and to move forward with their lives. Homer realizes the value of their friendship, as he works on a new painting at the schoolhouse, “Snap the Whip.”